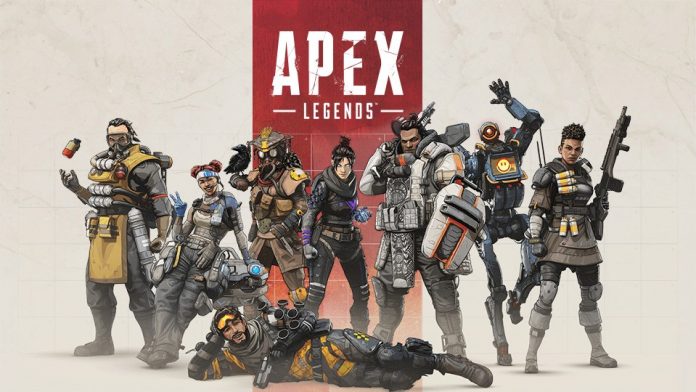 Apex Legends has seen an immense amount of success ever since its initial release over two years ago. You can tell that Respawn Entertainment is putting in the hours to constantly add new things to the game and keeping things interesting for the audience. Be it a new gun, changes to the map or new characters, something or another is always happening in the game. A lot of the changes are part of the lore that they are carrying on from Titanfall. The characters, guns, and locations almost always have something to do with old-school Titanfall in some way or another.
One of the major developments which came about through the winter season was the Mirage Voyage as part of the Holo-Day Bash.

Mirage whose real name is Eliot Witt is the fun, ego-centric character who loves pork chops. The ever loveable character got his town takeover and everyone enjoyed it. Over the seasons, Mirage has proved himself to be one of the most versatile characters. Perhaps one of the most difficult to find yourself in a 1v1 with.

You are struggling to plan your passage across the ocean.
The software on the market is either expensive and complicated or too simple and limited.
Use amnautical a powerful yet simple software for planning passages, with a community of sailors using it every day

More about the Voyage now shall we?

What is the Mirage Voyage?

The Virage voyage is a large airship that hovers in the sky. The ship is about 50-70 meters in length and is a bright yellow behemoth on the map. It has a deck, a bow, and places to wean in and out of when you are about to clutch a fight. Prime location for a memorable battle and of course, third-party central.
While the Voyage was on the map, it made for a fairly hot location to drop in. Not only did people like to start the match on the ship, but you would almost always find someone on the ship during the match as well. The voyage was strategically located in Worlds edge for a few seasons, after moving to Kings Canyon for a while. In Kings Canyon, you can see it a short distance away from the Skull Salvage (formerly Skull Town).

How To Start The Party At The Mirage Voyage

As you get onto the ship you will notice that it has two raised platforms. One of the platforms has a green control panel that you can engage with. Press the action button as prompted. This will instantly set off fireworks (warning: they can be extremely loud). Once the fireworks are set off, two balls will shoot out of the ground containing loot. These are the same balls that cargo bots drop around the map on Worlds Edge. You will also notice two huge dancing mirages on either side of Mirage’s ship. Along with this, you will notice a bunch of Mirage decoys running around, looking to bamboozle you.

It would be best to activate the party when there aren’t squads around you. While alone, you get the chance to experience the party in all its glory and pick up the great loot which the party gives you. However, many players like to use the party as a distraction when fighting on the ship. As it is so loud, and there are so many things happening all at once, it’s a great chance to disorient the opposing team and wipe the squad!

When you set off the party, the fireworks and music can be seen and heard in a 500m radius. So if anyone is in the area, you can be sure that a squad is going to take a jump tower and fly over to you. Once others hear a gunfight, you can expect the third party to follow.
It would be best to set off the party, enjoy the show, grab the loot and then run for cover. DO NOT spend too much time on the ship. You will almost always get attacked. What’s worse is there is always someone with a Kraber or Sentinel with their eyes on you looking for that perfect headshot once they hear the party.

Where is the Voyage Now?

Currently, none of the map rotations particularly have the Voyage on them right now. Apart from one of the Arena maps in season 9, you might not see the ship anytime soon. With Kings Canyon not even being in the rotation and the Voyage having been removed from World’s Edge, we don’t know when we might get the chance to activate the party again.
The Voyage in the arenas map is one of the hottest places to fight and the audience is having a great time squad wiping on the ship again.

Apex is a great way to play with friends and enjoy online gaming. The ability dynamic changes things up from other FPS’s like Warzone. Apex is an extremely versatile game with millions of fans around the world. Hence no matter where you are, you can find a server close to you to play on.
Make sure you check out the Voyage while it’s still in rotation. It’s one of the most fun additions to the map and can be a great place for a fun fight. With an R-99 and Mastiff in hand, you can dominate other squads on the floating ship.

GAMING CONSOLES COMPARISON – WHICH ONE TO CHOOSE