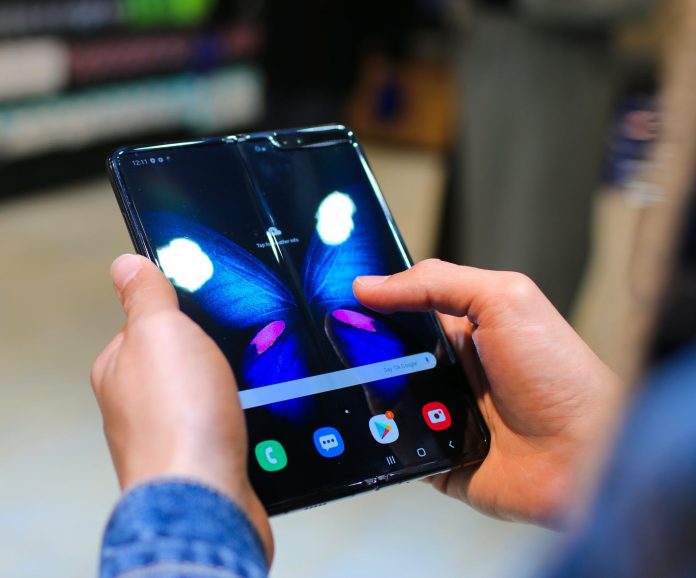 Folding phones introduced back in 2019 for the first time bring innovations in the phone industry and make it more interesting than ever. After a long period of stagnation with a similar rectangular design, it was a great opportunity to showcase the new versions, be more creative, and do something unique. The best thing about it is that no single company introduced a product exactly similar to any other. Samsung and Huawei took to an initial start, and over time many manufacturers come along and are now part of the fray. They are bringing more diversity in the design segment of the phone market. However, the prohibitive cost can be a big concern for a huge number of populations. Soon, these devices will speak for themselves. Samsung Fold 3 is one of them, creating excitement among phone diggers to use its unique features.

Samsung Fold 3 brings some innovation to the modern world. To see that, you must have a look at its bendy display, carbon-supported polymer layers that unfold when you need a big screen and fold it when you don’t. Apple iPhone doesn’t allow you to do that. Samsung Galaxy Z Fold 3 is among the latest foldable and more impressive than the older foldable models. Samsung Fold 3, with its latest features, is considered the 3D TV for smartphones. Folding phones are birthed to swivel your head towards a model when its value decreased in the market. They are undoubtedly technically complex and are way too expensive. Their usability entirely depends on the way it displays content on them. It indicates manufacturers can nail whole tech specs and wait for the entertainment companies or software makers to create content to fill the space age screens. These features do not promise the future of foldable phones, but some analysts are still hopeful.

Samsung Galaxy Z Fold 3: An Overview Of Its Specs And Features

The Samsung Galaxy Z Fold 3 is the latest leading foldable smartphone. While it is somewhat similar to Samsung’s last generation, Fold 3 updates some major changes both for better and worse. Samsung, at the Galaxy Unpacked Event held on 11th August 2021, revealed its latest smartphone. You need to wait a bit more to buy the new Galaxy Z Fold 3 as it won’t officially be available until 27th August 2021. Though, you can preorder Z Fold 3 whenever you want.

Many things have been going on about the Z Fold 3, and people are now more curious to learn about it. The new Samsung foldable smartphone is speculated to debut the most awaited AMD GPU it has been working on for so long. Also, it will have a smaller display, providing 120Hz, and S Pen stylus input. The Samsung Galaxy Z Fold 3 can be a flagship for the company.

Below are the specs and features of Z Fold 3 you want to know!

How Much For a Samsung Fold 3?

The Samsung Galaxy Z Fold 3 is now available for preorder at Samsung. It is worth £1,599, making it one of the most costly smartphones released in the phone industry. Samsung Fold is £200 less than its predecessor at the time of its launch. Soon, it will be released. You can get the new Fold 3 edition hopefully by 27th August 2021.

Is Samsung Galaxy Z Fold 3 Worth It or Not?

You can see many multitasking features in Samsung Fold 3 that attracts more users. It is best for game lovers and smartphone users. Over time It will become an innovative model in the phone industry. For a few months now, a buzz has been going on about the latest model. For people who want to get rid of their similar designed traditional smartphones and change their lives, Galaxy Fold 3 can be a better choice. However, due to some reasons, you might feel hesitant to get Fold 3. The average battery and camera seem a drawback to this latest smartphone. Gamers who love to play for hours can get uncomfortable with battery life, making them rethink buying this phone. Also, it will never give the same results as 108 MP offers. Alternatively, you can opt for other smartphones with advanced features at affordable prices.

There is no uncertainty that the new Samsung Galaxy Z Fold 3 is the best smartphone of any of its predecessors. Samsung mobile company carries out commendable work by updating the entire hardware in the right way to offer their users a superior experience. Most importantly, Samsung overtook the folding display technology to provide it a more powerful feel. Samsung Fold 3 comes with a strong design and excellent features supporting an S pen Fold stylus for its extended functionality. The display, general specs, major features, and chassis of the Samsung Galaxy Z Fold 3 are remarkable and waterproof. However, it can still catch dust. Despite every effort made by Samsung, the company often stumbles with its smartphone. The battery life is limited and won’t allow power users like gamers to make it through an entire day. Further, its cameras are fine but not great. At least people can expect a great camera in a smartphone worth £1,599.

Is Samsung Galaxy Z Fold 3 Worth the Hype? Know It...

WhatsApp Users Can Finally Transfer Chats from Android to iPhone (&...