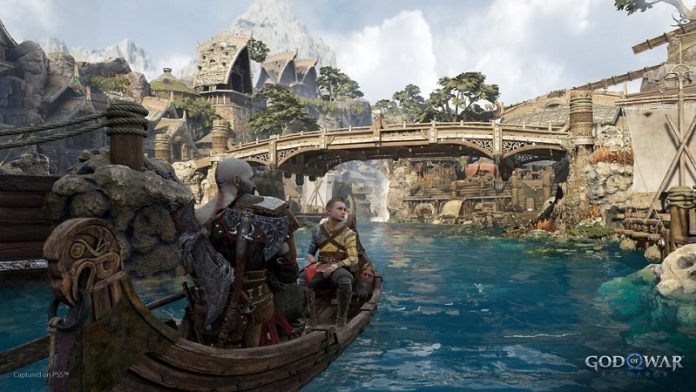 The most awaited sequel to the critically acclaimed 2018 game God of War will hit the gaming scene in 2022. Chronologically the ninth installment in the God of War series, Ragnarok, will be released on PlayStation 4 and PlayStation 5. The game was developed by Santa Monica Studios, while the release date and time for the action-adventure game have not yet been released. The sequel will finally bring an end to Kratos’s Norse story. At the same time, the storyline will revolve around Ragnarok, which marks an event leading to the end of the world in Norse mythology.

The official trailer released at the PlayStation Showcase shows us footage of Kratos and Atreus venturing deep into the Nine Realms. The threat of Ragnarok, the epic prophesied battle, lurks upon these two heroes as they search for answers while the Asgardian forces march towards war. The duo will face some of the most ferocious enemies and monsters in the form of Norse gods. They will search for allies in the vast, stunning landscapes and will be forced to make impossible choices between the safety of the realms and their families.

Coming back to the trailer, the story is picking up after the events of God of War as the freezing winds plague Midgard. The survival for Atreus, Mimir, and Kratos in the Norse wild has become extraordinarily challenging. Keeping the prophecy in the background, the trailer also looked at Freya, one of the two main antagonists of God of War Ragnarok. A formidable warrior and a terrifying user of Vanir magic, Freya turned her weapon against her son’s killer, feeling enraged by Krato’s evasion of justice. We also get to witness the final reveal, which is the entry of Thor as the “Biggest Butchering Bastard in the Nine Realms,” according to Mimir. This means that we can witness an epic showdown between Kratos and Thor along with seeing the remaining realms. Check out the official trailer below.

According to resources, God of War Ragnarok will be a multi-platform release. It is confirmed that the game will be launching on both PS4 and PS5. As a bonus, God of War (2018) will be hitting your PCs’ screen in January 2022, so PC users can have a taste of the game before the main event. Since it will be the final game in the Nordic arc, the game will hold some sentimental value for players who have experienced this journey. The developers also say that the storyline will focus on Atreus’s perspective of the world as well and will also explore the father-son relationship. The price for the game has not yet been released.

If we talk about the storyline, God of War Ragnarok will most likely explore Kratos and Arteus’ personal arcs while building on the unique interpretation of Norse mythology. The story’s protagonist is a man of violence who becomes a Spartan general in service of Ares, the Greek god of war. Kratos has a wife and a daughter who become a victim of his uncontrollable rage. He murders his own family when Ares magically places Lysandra and Calliope in a town Kratos is about to raid.

This event is what drives Kratos to run down Olympus, kill Zeus and other gods. We witness this origin story in the original God of War series, while 2018’s God of War is all about Kratos’s second chance at a family with Atreus. A more significant portion of God of War is dedicated to improving the father-son relationship, while in Ragnarok, he may be faced again with the possibility of losing another child.

We can conclude from the trailer that there might be an epic showdown between Kratos and Odin and the god of thunder, Thor. Since Kratos killed Thor’s sons Magni and Modi and his brother Baldur in the events of God of War, we can expect things to get violent as Thor comes for revenge. The trailer implies that the entire Asgardian royal family (Thor, Freya, and Odin) will be out for Kratos’s blood for his actions.

God of War Ragnarok is one of the biggest games hitting your consoles in 2022. The Norse storyline will be concluded, and we will see many characters departing the game amid the apocalyptic event of Ragnarok. The game is set to release sometime in 2022, and only players will tell if the game lived up to their expectations.

What are Some of the Benefits of Reaching the Cookie Run Kingdom Tier?