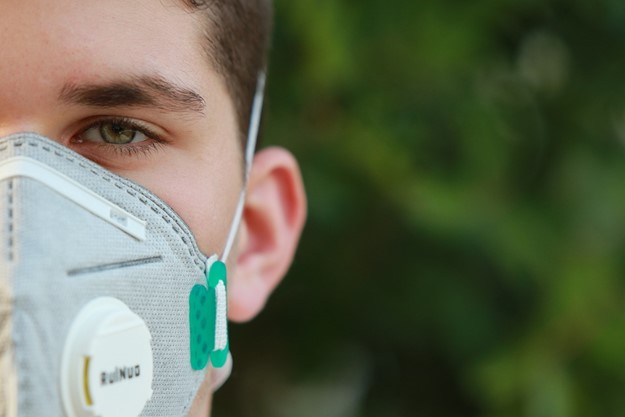 Contents hide
What is SARS-CoV-2?
The Genomic Evolution of SARS-CoV-2
SARS-CoV-2 Variants
Emergence of Omicron and its Subvariants
How did the BA.2 variant emerge?
Conclusion

SARS-CoV-2 first appeared in late 2019 in a large cluster in Wuhan, China. Several investigations to determine the virus’s origins revealed that the virus made the jump from animals to humans in one of China’s open wet markets. Some theories even suggest that the viral pathogen may have emerged as a biological weapon in a lab in China. But regardless of how and why it originated, SARS-CoV-2 soon spread throughout the world. The viral transmission also extended to those who had no contact with animals. This explanation gave rise to the concept that viral particles can transmit from human-to-human contact via air droplets released during coughing, sneezing, or talking. When the virus enters a body, it travels to the back of your nasal membranes and attaches to cells lining the respiratory tract. Here, they begin to replicate and move into the lung tissue and spread to other parts of the body within no time.

The Genomic Evolution of SARS-CoV-2

Like most viruses, SARS-CoV-2 has undergone several mutations since its first emergence in China. But unlike the HIV or influenza virus, the virus that causes COVID-19 tends to change much more slowly. Scientists attribute this characteristic to the virus’s proofreading mechanism, which tends to correct these mistakes in the genome every time the pathogen tries changing. When a virus makes copies of itself, it sometimes modifies to better adapt to the environment and increase its pathogenicity. These changes are called mutations, and when the virus has several mutations in its structure, we refer to it as a “variant” of the original virus.

While it’s normal for the virus to mutate, it’s crucial to keep a close eye on these changes because they can have significant clinical implications. For example, they can cause altered transmission and spread more easily or enhance disease severity and make it more challenging for infected individuals to recover. Some mutations may even reduce the efficiency of available vaccines and other host immune responses of our bodies. So far, experts have reported several hundreds of variations of SARS-CoV-2. Monitoring these changes help officials in modifying interventions and public health measures to control the disease’s viral transmission and mortality and morbidity rates.

For ease of reference, the World Health Organization has recommended using the Greek alphabet when referring to the variants of SARS-CoV-2. These labels are easier and more practical to discuss with non-scientific audiences and remove any stigma regarding which region they originated from. Additionally, these variants can be classified as variants of concern, of interest, or under monitoring, depending on the criteria set by the health officials. The first variant of the situation, Alpha, had its earliest documented sample in the UK. After this variant, Beta in South Africa, Gamma in Brazil, Delta in India, and Omicron in South Africa emerged. Recent scientific evidence suggests that while the Delta variant was associated with more severe cases of COVID-19, the Omicron variant resulted in higher transmission rates. Despite vaccine administration in the majority of the populations, this variant was still able to infect a significant number of the population worldwide.

Emergence of Omicron and its Subvariants

A few months after its emergence in South Africa, the Omicron variant of SARS-CoV-2 spread faster than any other previous virus version. Despite several investigations into its origin, there is no transparent path of transmission that links Omicron to its predecessors. However, a leading theory suggests that the variant might have evolved in one individual with compromised immunity as part of a long-term infection. The weakened immune system allowed the virus to try out new combinations of structural changes to manifest characteristics that work well in its favor. Compared to the original virus isolated in Wuhan, Omicron has more than 50 mutations in its genome. Around 30 of these contribute to the changes in the spike protein. This protein is the part of the virus that attaches to human cells and enters the body. This variant is also better at evading antibodies produced by vaccines or previous infections.

Additionally, genomic studies show that Omicron has three distinct sublineages—BA.1, BA.2, and BA.3. All these seem to have emerged around the same time and taken off globally, with a prevalent number of cases reported regularly. These numbers essentially mean that the Omicron variant, in particular, had plenty of time to diversify before scientists began noticing it. Whether it originated in a region where sequencing resources were limited or simply because it was missed among an abundance of Delta cases, tracing the origin of Omicron remains an unanswered mystery today.

The Omicron subvariant BA.2 is now making headlines in significant parts worldwide. During diagnostic testing, a marker that helped distinguish Omicron from other variants was the absence of the S gene on PCR tests. But this differentiation is not applicable for identifying BA.2. Because of this, the lineage may go undetected in several regions and has led some people to call it a “stealth sub-variant.” Reports show that this strain is more transmissible than the original variant and is more likely to cause severe disease in infected individuals. Animal experiments showed that hamsters infected with the BA.2 lineage had more lung damage, and this subvariant seems more pathogenic than BA.1.

In contrast, some scientists believe this sublineage should be designated its Greek letter. Experts at WHO say that it’s too early for the variant to have its classification based on available data. They say this because lab findings don’t always reflect what is happening in the real world. So, until evidence-based studies show severe changes in the transmission, severity, reinfection, therapeutics, diagnostics, and impacts of the vaccine due to BA.2, the sublineage will remain classified as Omicron.

How did the BA.2 variant emerge?

A virus is prone to mutation and evolution when it spreads around the globe, acquiring genetic changes. Several factors have contributed to the rising number of COVID-19 cases in recent months. The stealth subvariant, BA.2, known for its rapid transmission, plays a significant role in the increasing number of issues. The relaxation of standard operating procedures such as social gatherings, wearing masks, physical distancing, and hand sanitization have also led to a rapid spread of the virus among dense populations. Once travel restrictions were removed, and international travel resumed, SARS-CoV-2 quickly crossed borders and infected people beyond its original site in South Africa.

Additionally, most people believe that vaccines provide them immunity from the virus and from following public health measures. The ease of lockdown protocols and fast-evolving viral genome quickly resulted in the spread of BA.2. Thanks to widespread vaccine coverage, the death rate for COVID-19 remains far lower than they were in previous waves. Still, we see a rise in hospitalizations in several European countries since the emergence of Omicron and its subvariant.

It’s impossible to predict how SARS-CoV-2 or other coronaviruses will evolve in the future. These alterations are, after all, a result of random mutations. But monitoring these changes, tracking trends in COVID-19 cases, and understanding ongoing evolution patterns are crucial to know what these mean for the future of this pathogen. The most significant concern public health officials have today is that natural selection can give rise to a variant that saps the power of vaccines and upends whatever progress we’ve made so far against the pandemic. However, these worries seem very unlikely. In recent years, we have seen a notable development in science and health, and there is high hope for what we can achieve in the future of modern medicine.

Can You Chew Gum While Intermittent Fasting? Let’s Find Out