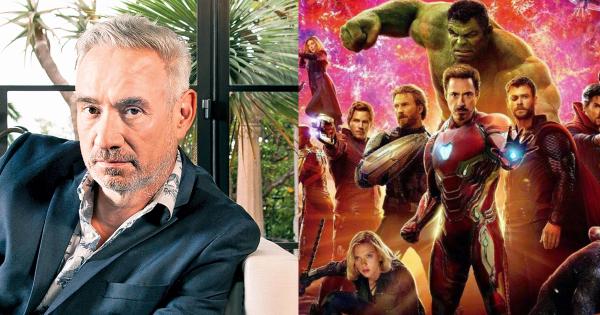 The journey of DC movies, from being some of the most criticized films – from fans and critics alike – and arguably the worst films in their genre to becoming some of the biggest names in the franchise with highly anticipated movies, is a journey of recognizing the art of comic books for what they are and bringing that to the big screen. It’s evident to most fanatics of DC comics that a big reason why DC movies failed was that they were trying hard to appeal to the mainstream and, in the process, stripped DC of what makes DC unique; their dark ambiance. And it was only by joining the dark side, siding against the force, did DC films find success. However, to appreciate the underdog story of DC films, it’s imperative first to understand their failure.

DC comics have always been darker than their marvel contemporaries. Hence, it’s understandable that film directors struggled to mix that dark tone with live-action scenes, dialogue, and narrative that pollutes marvel films. This is why films like batman versus superman, justice league, suicide squad, Aquaman, etc., ended up as failures; they had very little innovation and depended heavily on well-established cliches to keep the audience engaged. The biggest criminal, I believe, would be the justice league (joss Whedon cut). The movie tries to incorporate many awkward jokes, like the brunch joke and weird race joke by flash or when Aquaman sits down on the lasso of truth. It is a story that tries to take itself seriously: portraying superheroes as humans, collateral as significant, and villains as racist dictators. The constant badgering of lighthearted humor and dull action scenes bog down the story’s pacing. Even the brilliant performances by Gal Gadot, Jason Mamoa, and Henry Cavill can not save the movie at all. Suicide Squad has the same problem, a bunch of villains banding together to save their city, except these villains is given a minimal backstory, the city is presented as almost lifeless, and the dialogue is embarrassingly written with awkward action scenes that seem out of place for the characters that the movies try to build on and the whole subplot about the magic that the film tries to include at the end screams of a lack of fundamental understanding of the comics and how to translate that narrative to movies. A lot of DC films feel very forced. The people working on the film were only using the film to cash in on the popularity of superhero movies, not paying attention to what the comic book material was at all and, in the process, making some of the worst movies ever.

Then “Joker” came out. Joker was the first movie where DC finally embraced the darker tone of the comics, interpolating that with a critique of modern society and the struggles of people with mental illnesses. The Joker tells a story of a very lonely individual, who has a history of parental abuse, is ostracized by the outside world, and is persecuted for actions he committed when pushed to a corner. To that effect, Arthur Fleck (the joker played by Joaquin Phoenix) becomes a nuanced human character who is very easy to empathize with. The movie was highly successful, and it did all that with 0 action scenes. The Joker is a testament that what people are looking for in DC movies isn’t aggressive action and untimely humor but a down-to-earth story with a dark atmosphere and well-developed characters that feel and act like human beings who have to fight through their internal struggles. The Batman, starring Robert Pattinson and Zoë Kravitz, aims to do the same thing. Matt Reeves directed him. The new retelling of The Batman sticks close to what the Joker succeeded at and builds upon that dark ambiance of DC comics. In The Batman (unlike with Suicide Squad), Gotham City is presented as teeming with life; good and bad people are present everywhere in the city. These same people interrupt and interact with Robert Pattinson in the movie. Batman himself is a vulnerable person still recovering from the trauma of losing his parents at a young age. Still, he’s also ambitious, resourceful, and dedicated; many times, The Batman falls and gets back up, not letting anything get in his way to help make his city a safer place for people to live in. On this journey, The Batman makes friends like Catwoman to help him in his fight against the evil that exists in the city, all of which allows ground Bruce Wayne in reality, he’s portrayed as a human being, and Gotham City is presented as morally ambiguous with both good and bad people living in it that are nothing but an outcome of the city itself. There is no slapstick comedy to be found anywhere because the movies have finally embraced the dark ambiance that permeates the comics. Upcoming DC films like Black Adam starring Dwayne ‘The Rock’ Johnson seem to be following through on what The Batman and Joker have proven DC movies need: well-written characters, a compelling narrative that doesn’t rely on quick action scenes, and a dark environment in which these characters exist.

The initial failure of DC movies can be credited to the studio’s stubbornness to understand what the DC comics convey, turning the films into a copy of marvel films with a different plot. However, with more recent successful films, it’s apparent what DC films need moving forward, well-written characters, a compelling narrative, and a grueling world that feels alive.

Why Euphoria is HBO’s most viewed show

Why Euphoria is HBO’s most viewed show