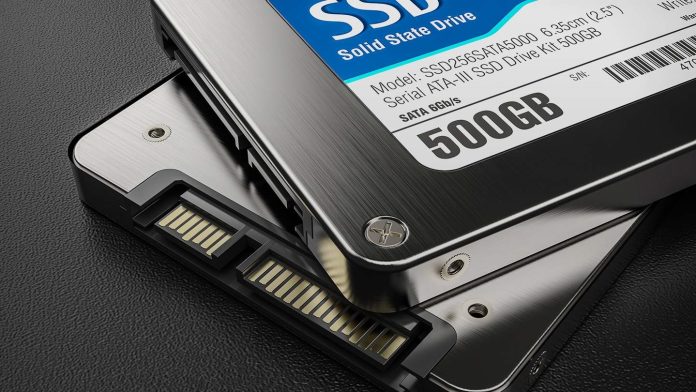 Many people need clarification on the high price tag associated with SSDs, especially compared to traditional HDDs. That’s due to the fact they are unaware of what is the specialty of an SSD. Solid-State Drives (SSDs) are storage devices that use flash memory to store data. Unlike traditional HDDs, which use spinning disks, SSDs have no moving parts, making them faster, more reliable, and more durable.

Despite their many advantages, SSDs are generally more expensive than HDDs. This high cost can be frustrating for consumers looking to upgrade their storage or build a new computer on a budget. This article will take a closer look at why are SSDs so expensive and explore some factors contributing to their higher price point.

The material cost of manufacturing SSDs is the primary reason that makes SSDs expensive. SSDs use more costly components than spinning disks, which are relatively inexpensive to manufacture. SSDs use NAND flash memory, a controller, and several other small parts. Due to increasing demand, limited supply, and expensive materials, the cost of NAND flash memory has risen in recent years.

The memory controller, responsible for managing the data on an SSD, is also made up of several different components, which are also pricey, adding significantly to the overall cost of an SSD.

First, the manufacturer must fabricate the NAND flash memory and other components using specialized equipment and techniques. Then, they must assemble these components into the final SSD product, which requires high precision and attention to detail. These processes involved in SSD manufacturing require specialized equipment and skilled labor, which answers the question, “why are SSDs so expensive?”

Another factor that contributes to the price increase of SSDs is supply and demand. The price will likely be higher if there is high demand for SSDs and a limited supply. On the other hand, the price may be lower if there is an abundance of SSDs on the market.

The primary reason behind high SSD prices is that the demand for SSDs has increased significantly. In 2021, the SSD market was valued at $39.99 billion. They are expected to grow to $104.44 billion by 2028. This increase in demand for SSDs is the direct factor for the overall cost increase of SSDs in the market.

Unlike HDDs, SSDs do not have moving parts, which makes them more durable and leads to significantly lower power consumption. This makes SSDs an excellent choice for laptops, PCs, and mobile phones. However, the advanced technology used in manufacturing SSDs requires skilled labor, describing why are SSDs so expensive. However, despite the higher price, the benefits of SSDs make them worth considering for those who prioritize low power consumption and durability over a low price.

An SSD can boot up your PC much faster and transfer your files much quicker. For example, the standard SSD has a reading speed of 200 MB/s and a writing speed of 550 MB/s. You can copy files much faster with an SSD than with traditional HDDs.

SSDs are much more reliable than traditional HDDs. In HDDs, the memory is written on the magnetic disk, and the information is shared directly on the chip. SSDs store data permanently with flash memory, which retains data without a power supply. This makes SSDs more efficient and reliable and also is a reason why are SSDs so expensive. The average lifespan of SSDs is over five years, while the maximum lifespan is expected to be ten years at least.

Are SSDs getting cheaper?

As mentioned above, the prices of commodities depend on demand and supply. Since SSDs are in demand, production has expanded, and now there is a surplus of SSDs, which means they should be getting cheaper in the coming days.

How long does an SSD last?

SSDs last much longer than traditional HDDs. They have proven far more durable, but it largely depends on how you handle them. The maximum lifespan of an SSD can be up to ten years.

In conclusion, several factors contribute to the high price of SSDs compared to HDDs. These include the cost of components, the cost of complex and expensive manufacturing processes, the supply and demand in the market, and the performance, like power consumption, quality, or reliability of the drive.

While SSDs may be more expensive, they offer many benefits that make them worth the investment, such as faster speeds, higher durability, and longer lifespans. Ultimately, it comes to your specific necessity to choose between SSDs or HDDs.