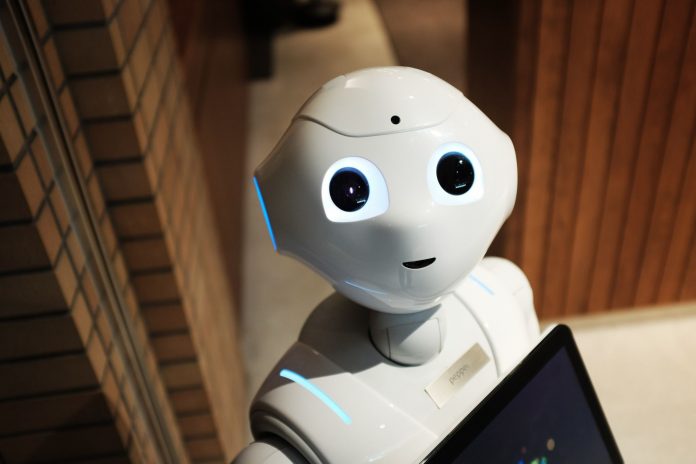 The arrangement of neurons in the human brain is the foundation for Artificial Intelligence, and it is directly tied to human psychology. These neurons build connections based on perception and external stimuli and then convey that information via electric and chemical impulses, allowing adaptive learning. Artificial Intelligence Psychology has a lot that might be of immense interest for those pursuing Psychology.

The fundamental goal of Artificial Intelligence is to emulate the way rational human cognitive processing occurs by simulating human neural functioning. As a result, its complexity and scope are consistently expanding these days. AI is now a widely used phrase encompassing everything from robotics to software deployed machines across diverse networks. Moreover, depending on the context and the observer, it can refer to various levels of complexity and performance, but it essentially imitates either complex human behavior or specialized intelligent activities, linking the two phenomenons together.

Not only that, psychology will continue to be a resource for helping people cope up with uncertainty and changes in a future where Artificial Intelligence (AI) is prevalent. Furthermore, as the world grows more technical and innovative, the demand for human-based therapy and connection increases to a greater extent. One of the early applications of AI in medicine was Expert systems. While not everyone agrees that expert systems are Artificial Intelligence Psychology power-packed, they certainly help with decision-making by combining professional knowledge and skills.

In a world where Artificial Intelligence (AI) is ubiquitous, psychology will continue to be a valuable degree for assisting people in adapting to vulnerability and change. Both AI and psychology share a collective vision: to comprehend the processes that lead to intelligent behavior. In psychology, discussions are on mental processes and the research which focuses on human beings. The study of AI focuses on machines, whereas humans discuss cognitive processes with the studies of psychology. As the world becomes increasingly inventive and innovative, so does the demand for human-based counseling and connection within psychological studies. At the same time, most artificial intelligence initiatives focus on tasks with human cognitive behavior correlations. Automatic programming, for example, the process by which a routine can extend or alter itself, has a clear analog in human intellect and requires one to study psychology to understand AI better thoroughly.

We require psychological study to understand how humans engage with technology and the favorable and adverse effects on well-being. To understand how machine and human learning are similar and different, we require psychology. Finally, we need psychology to improve organizations and firms to establish organizational cultures that support employee well-being to a greater extent.

In general, psychological studies are concerned with three aspects of a person’s personality: cognition, emotion, and conduct. Machines do not think. Even though machines can receive information, they do not feel, even if they can recognize emotions. They have behavior controlled by the output of their algorithms, according to AI.

Understanding the meanings of the words “thinking” and “intelligence” is a prerequisite for resolving whether robots will think for themselves utilizing AI. Artificial intelligence advancements aim to simulate human intelligence and, eventually, build computers that can “think” for themselves and perform practical activities. Therefore, the goal of AI mechanisms has long been to imitate cognitive processes to replicate thought itself eventually.

Many degrees teach the latest trends in AI and psychology worldwide, but only a few combine the two fields and provide Artificial Intelligence psychology degrees. A psychology degree is of additional worth as the future is based on AI growth and development. Having a degree in psychology will provide an extra edge to do better.

Potential Careers In AI With A Degree In Psychology

Artificial Intelligence (AI) has a lucrative career and defines life in ways we could never have predicted. We can unlock our smartphones with our face identity, ask our virtual assistants’ different questions, receive vocalized responses within seconds from our mobile devices. And have undesired emails diverted to a junk folder without ever having to address them. Thanks to Artificial Intelligence. As the number of viable AI applications grows in the future, so does the positive career potential for those with the talents required to succeed in this field.

According to the World Economic Forum’s report of The Future of Jobs 2018, Artificial Intelligence will provide 58 million jobs by 2022. The broad field of Augmented Reality is one example. Although many of these critical roles focus on the use or function of AI technology, computer science and artificial intelligence research are mainly concerned with finding new ways to improve the technology. “Someone will always produce a stronger and fastest machine,” says Edmund. However, some people are constantly pushing the limits, and that person would be a computer scientist.”

The most successful AI professionals have several traits that help them succeed and flourish in their jobs. Working with Artificial Intelligence necessitates a systematic cognitive process and the capacity to address challenges cost-effectively and efficiently. It also necessitates foresight in technological advancements that convert into cutting-edge systems that help businesses operate more efficiently.

Few fields stand out as much as Artificial Intelligence regarding the top careers for the future. According to a Gartner report from 2019, AI applications have increased by more than 270 percent in four years, generating a demand that far outnumbers the present supply of competent job seekers. Over the last four years, the substantial demand for AI talents has more than doubled. Examples of AI-related job fields:

From its conception in the late 1950s to the current day, Artificial Intelligence has advanced and improved the quality of life in various industries. As a result, those with the ability to convert digital data into meaningful experiences will find a career in AI to be both fulfilling and sustainable.

Significant advancements in Artificial Intelligence have occurred in recent years (AI). These advancements have exposed significant flaws in human reasoning and demonstrated that computers could be brilliant and inventive. There are also substantial benefits for psychologists who research creativity. Innovative theories of creativity are also on the horizon, given present and future AI algorithms for producing new data structures and programs. As a result, AI opens up entirely new possibilities for psychological research into human creativity.

Although the organizational divisions in research institutions and professional practice sometimes make it difficult to connect the two domains, psychology and Artificial Intelligence (AI) are closely related disciplines. Therefore, it would not be wrong to consider psychology as the essential component of AI or, to put it another way, psychology applied to AI. Suppose we figure out how to construct Artificial Intelligence on a human-like level. There is every indication that we will succeed in this century, much sooner than many expect. In that case, machines will almost likely have sentience.

Artificial Intelligence in its current situation is referred to as “weak AI” since it is typically built to handle fewer activities. However, thoughts about producing strong AI, or super-intelligence, which can perform tasks better than humans, are currently a hot topic in AI research. Therefore, it is no surprise that the use of technology has helped storage businesses grow substantially. In addition, some scientists prioritize AI safety research because they are concerned about the hazards that could arise if such powerful technology falls into incompetent hands. In contrast, others doubt that AI encompassing the human intelligence levels will ever be achieved.

What is IR Laser (Infrared) And How It Can Be An...