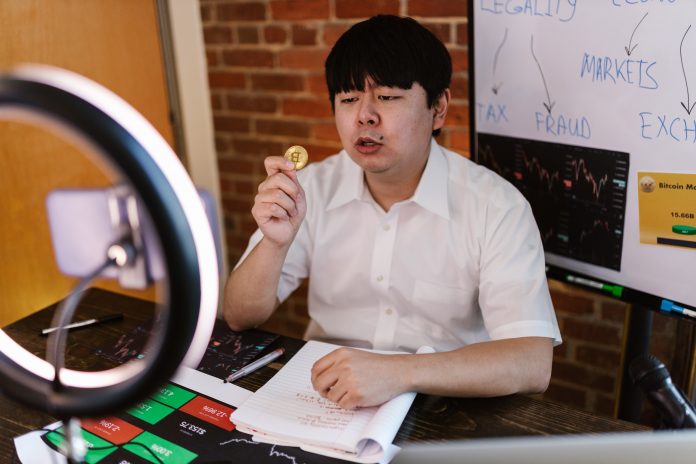 A digital signature is a way to verify the authenticity and integrity of any form of data. Data with such high levels of security that even if someone were able to hack into your computer while typing in this message or read over my shoulder- they wouldn’t be able to forge one without being found out by our trusty software!

Cryptography is in use for centuries, but digital signatures became a reality in the 1970s thanks to PKC. To learn how they work, we first need to understand hash functions and public-key cryptography.

A hash forms the basis of creating a digital signature system. A hashing algorithm gets rid of all the data and only leaves what it needs, which is called a message digest. Furthermore, the algorithms work in a way that when any change or addition happens, it will be caught since the new information can’t make sense with previous hashes from other files.

Hash functions verify the authenticity of digital data. There is no way to fake a hash function and change its output without affecting the input data, making them an excellent cybersecurity tool.

Hash functions work by creating a unique fingerprint from any given set of information (input). Suppose there’s even just one tiny difference between two sets. In that case, they will have entirely different hashes – that means if someone tampers with your document or photo using Photoshop (a picture editing software), their changes will be detected as long as you use this kind of encryption!

Public-key cryptography is a cryptographic system that relies on two keys – one public and one private. The system uses both of the two mathematically related keys to encrypt data with the public key and decrypt it using its corresponding private counterpart. This offers increased security over more rudimentary symmetric encryption methods, relying on only the same single key for both functions (data encryption AND decryption). Older systems work by providing each person who needs encrypted information with their own unique set of encoded text written in an agreed-upon cipher language like English so they would not need to send sensitive messages back and forth directly. Instead, they could use this shared secret code as needed without exposing any potential vulnerabilities if someone were trying to eavesdrop in between them.

A digital signature consists of three steps in the world of crypto: hashing, signing, and verifying.

One of the most important functions for securing digital data is hashing. When a message is hashed, it goes through an algorithm that turns the message into hash values or just ‘hashes’ with different lengths depending on size and content. This ensures hackers cannot access private information about your company by trying different combinations until they find one that matches up (called brute-forcing).

The first step in protecting sensitive data from being hacked is using hashing. Algorithms like MD5 and SHA256HEX generate these “hash” identifiers after inputting ether messages or files as a means of security validation. Therefore, if someone could decrypt their way past all layers, there would be little chance they could unlock any encrypted areas without knowing this.

The process of hashing data has saved people from the tedious, time-consuming task of signing messages. While it is unnecessary to hash a message for someone else to sign it without access to their private key, some benefits come with doing so when dealing with cryptocurrencies. First, they always use fixed-length digests, making this easier than ever before!

For the sender of a message, it is necessary to sign their information with public-key cryptography. Otherwise, malicious hackers could easily change or steal messages without being detected. There are different types of digital signature algorithms. When someone signs a document using one, they will use private keys and then provide people access to them through corresponding public. Those who receive documents from that person can check any changes made by others on the original document after verifying its validity themselves.

It is important to remember that a private key must be included when generating the signature for the message’s validity. If not, then it would be impossible to use an associated public key to verify its authenticity!

Digital signatures are like handwritten signatures, and they can change depending on the message. Unlike a traditional signature, each one is unique and corresponds to its content.

Let’s look at an example of the whole process till the verification.

Alice uses her trusted laptop to write a message, encode it on her private key and combine the encoded value with public information. This creates a unique digital signature for this particular piece of content that acts as its fingerprint. Bob can then check if Alice is telling him the truth by using his copy of Alice’s public key to validate the authenticity of what he received

Alice needs to keep her private key a secret because if someone else gets their hands on it, they can create digital signatures and pretend to be Alice. This could mean that these people would then have to access the Bitcoin funds, Alice, without any consent from or authorization by her.

Why are digital signatures important?

Digital signatures can be used for various kinds of digital documents and certificates — such as:

With the great benefits and uses cases, there is some limitation though. The digital signature scheme may require:

Digital signatures are the most advanced form of electronic signature. They use cryptographic techniques to ensure that a document or message is authentic and unaltered since its original owner signed it. Digital signatures have come so far in recent years due to rapid technological development such as encryption, hashing functions, public-key cryptography – all things that work together for authentication purposes!

The digital signatures created with blockchain technology ensure that only somebody who has access to a private key can spend their money, protecting against data tampering.

Public key cryptography and hash functions are used in digital signature systems, making the security of anything digitized more secure. The integrity can be ensured by utilizing this technology properly, so you won’t have to worry about anyone tampering with your data or any other sensitive information for that matter.

Digital signatures are the future. They will replace paper contracts and allow people to sign without leaving their house or office, which is convenient because no one likes going out in public anyway.

How will COVID-19 affect Cryptocurrency?