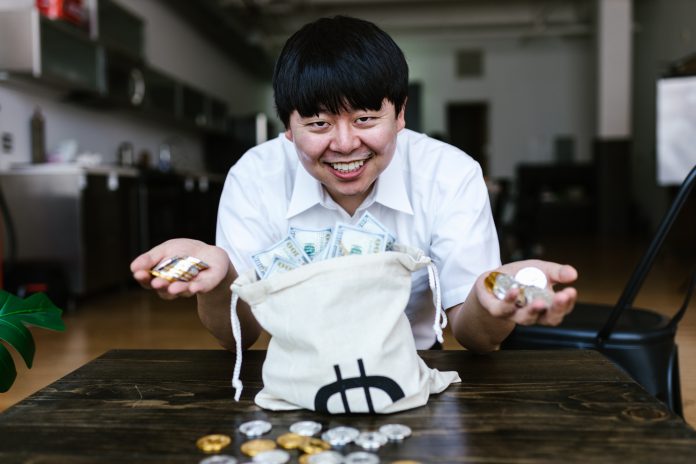 Cryptocurrency is a digital currency that exists only electronically. The purpose of its creation was to allow exchange between people without the interference of the central bank. As more and more people have realized the potential of this new form of money, cryptocurrency has become increasingly popular. Today, it’s used around the world for trade, speculation, and investment purposes. This article aims to give you an intro to what crypto is while making understanding easy. It should also help you recognize a potential crypto scams.

Many different types of cryptocurrencies are available today: Bitcoin, Litecoin, Dash; but others like Ethereum or Monero serve other purposes such as smart contracts or anonymous transactions, respectively.

Cryptocurrencies are a new form of currency that is decentralized, unlike the traditional banking system. It relies on its users to validate transactions and regulate it. This means there needs to be an incentive for people in this network to do so because they will get paid cryptocurrency when their effort pays off by validating blocks of these digital coins being mined with complex mathematical algorithms. They incentivize miners since mining the precious metals has been used historically to give value back into money. Any user needs to develop trust before investing their money, and mining acts as a form of defense mechanism.

Blockchain, as the underlying technology, records transactions and stores them in sequential order. It’s not stored in one place but distributed among multiple places using complex cryptography to ensure the authenticity of data. If someone were to hack into one computer or server they would be unable to change it without simultaneously hacking every other computer on the network.

Cryptocurrency is the future of our monetary system because it provides a more secure and transparent form of transacting. Blockchain technology can be integrated into many business processes that require trust among multiple parties, such as buying or selling stocks or authenticating documents like passports. With blockchain, we no longer have to worry about data being tampered with since sealed blocks containing this information are in place; thanks to cryptography these blockchains cannot be hacked!

But what’s inside these blocks?

For example, with each block containing specific data when selling an exclusive painting, you want the block to have information on the name of the painting, artist, and previous owner. Next to this is a unique code that functions as a fingerprint – it identifies your product as yours!

In the past, if there was a problem with your transactions on Amazon and you wanted to dispute it, you’d have no choice but to call customer service. With cryptocurrency like Bitcoin or Ethereum in use, people can have their blockchain wallet, which will record all of their purchases for added security. If they don’t trust the company, they can always check their records and see if they have been honest with them. Trust is an essential part of digital currencies. Crypto scams do happen.

Moreover, blockchains record every transaction that occurs which makes it difficult to alter or fake transactions because everything is recorded on a public ledger that anyone can view. Still, the wallet holder’s private key will allow them permission-based access to those blockchain transactions.

In 2009, Satoshi Nakamoto proposed a new type of electronic payment system based on the peer-to-peer network. It uses cryptographic proof instead of trusting third parties to verify transactions. It has an open ledger called blockchain that everyone can view to ensure ownership rights are not tampered with. The transactions contain sensitive case information like addresses that only someone who wants coins will generate, so as long as they’re first in line, nobody else gets credit for them!

Altcoins are a new form of currency that can be used as an alternative to Bitcoin. The most popular altcoin is Ethereum which has created many other coins, including EOS, Litecoin and Ripple. These currencies hope to either replace or improve upon the effects of their predecessor while also benefitting from one another’s features such as faster transaction speeds and more secure privacy, thanks in part due to some altcoins being proof-of-stake where others have turned into cryptocurrencies with less volatile prices like bitcoin relative to fiat money so they’re easier for people who want stable investments rather than rapid investment returns but without losing out on potential long term gains by investing in newer emerging projects before they become mainstream successes themselves.

Cryptocurrencies are currently in the process of assimilating into today’s form of currency and there is still a long way to go before they can truly replace it. It will be interesting to see when the rest of the world decides that using cryptocurrency as everyday means for payment isn’t too risky because crypto scams also do occur. Only time will tell if these currencies have what it takes!