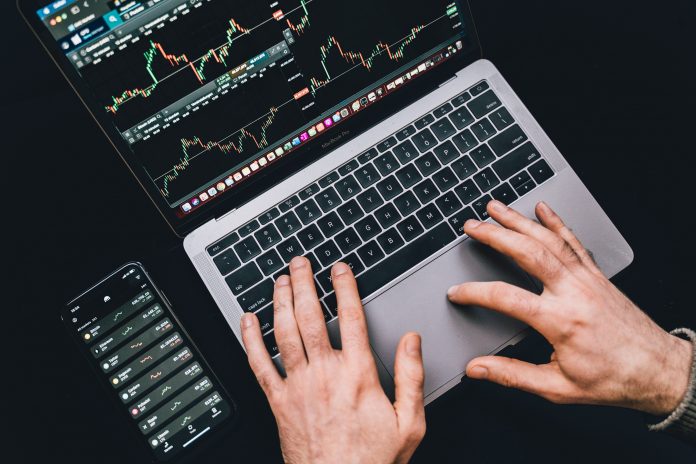 An essential element in the world of cryptocurrencies is crypto staking. The discovery of money or “fiat” currency was necessitated by the need for a centralized model of payment that could be used for all forms of transactions. Before coins and paper money were introduced, humans relied on the barter system to transact goods and services. The major flaws with the barter system were its primitive nature, lack of a standard unit of account, and the difficulties faced due to the subdivision of goods that were put on the exchange. Coins and Fiat currency aimed at solving these transactional problems embedded in the barter system. However, for a paper currency to be considered a reliable value of exchange, it needed to be backed by a central authority that issued it. This is where central banks took control of their state’s currency and subsequently led to the birth of financial institutions.

Rumor has it that Bitcoin and other cryptocurrencies are challenging the existing hegemony of central banks and financial institutions. Some strongly believe that the decentralized nature of cryptocurrencies will remove the need for any local or central banks while others argue that digital currencies will only become mainstream once they are accepted by these financial institutions. To explore the ongoing debate regarding the future of cryptocurrencies, it is important to first understand how this currency comes into existence:

Bitcoin mining was invented when Satoshi Nakamoto went on a quest to discover a way for verifying transactions without involving any third parties i.e., Central Banks and Financial Institutions. The Proof-of-Work system was created to solve this problem. To avoid misuse of the network, it was important to verify that all transactions were valid and there was no room for foul play. To solve that, entered the bitcoin mining process. Powerful computers solve advanced mathematical equations and the first one to reach the correct answer gets rewarded in the form of a coin. Since no equations are ever repeated, and once it is solved, the network rewards the miner through a coin for validating a block.
This is what eliminates the need for having third-party institutions. Solving complex equations generate a single coin which is verified by the entire network of existing coin holders. In a way, every single coin holder verifies the authenticity of all other coin holders. The way fiat currency operates, Crypto mining is also not without its drawbacks. The term “mining” is used since the proof-of-work model requires exorbitant amounts of electricity and computational power to keep the network running. Moreover, the number of transactions that the model can process is also limited. This power-hungry nature of crypto mining motivated other developers to invent a more sensible model for cryptocurrencies by keeping all the positives of the POW model without its negatives.

Crypto staking came into existence as an alternative to the resource-intensive method of crypto mining. For simplicity, staking is essentially holding funds in a cryptocurrency wallet and locking them in for a designated period to support the operations and security of the respective blockchain network. In other words, staking can also be understood as similar to locking away one’s funds in a fixed deposit. Interest is earned on that fixed deposit however the amount locked in that fund cannot be touched for the set period. Similarly, when cryptocurrency is staked, the protocol determines at random the validator who will be awarded the next block. The greater number of coins a validator has staked, the higher their chances of getting rewarded through staking. If compared to the mining or POW method, staking requires significantly less computational and electric power as no miners are competing to solve equations where the first one to solve the equation and validate the blockchain will get rewarded.

Why Pick Crypto Staking Over Mining?

This brings us to the question of why the Proof-of-Stake method is better, more useful, and widely scalable for real-world applications as compared to the Proof-of-Work method.

A major drawback of using a Proof-of-Work system is high electricity costs. Simply because the total amount of electricity required to keep the network of one crypto (Bitcoin) running is more than what entire countries consume. This puts undue pressure on the world’s global electricity supply. Moreover, reliance on burning fuels to generate this power will only exacerbate climate change. It also hampers real-world adoption of cryptocurrencies simply because the mining costs associated with crypto are paid for by fiat currencies in hopes of earning it back in the future with a profit. Proof-of-Stake is significantly less power-hungry since there is no need to solve complex mathematical sums.

Proof-of-work is based on a competition where miners compete against each other to solve the equation first. To stay ahead of the competition, miners have invested in extremely powerful hardware to give them an added edge to win the mining reward. This makes the system inherently unfair as regular people without the hardware backing will simply never win the mining rewards. Instead, in the Proof-of-Stake system, the chances of winning are proportionate to the number of assets staked by the investor. This means that rewards are divided more proportionately without the upfront costs of investing in expensive hardware.

A 51% attack is when an individual or a group gains more than 50% of the total mining power of a particular network. In a Proof-of-Work system, assuming a malicious group gained access to 51% of bitcoin’s mining power, they would be allowed to make alterations to individual blocks. These blocks could then be tempered with to make criminal gains. On the flip side, it would make no financial sense for a malicious group to perform a 51% attack on a Proof-of-Stake system. To do so, they would have to stake 51% of the total currency in circulation. If they somehow manage to do that, it would be disadvantageous for them to attack the network simply because they will become the majority stakeholder in the network. Attacking the network would mean attacking one’s majority stake, hence making a hacker attack null.

For a layman, the technology that goes behind cryptocurrencies might sound overwhelming. However, the recent spikes in crypto prices and the new generation of crypto-millionaires have taken the world by storm. Our recommendation to anyone looking to invest their hard-earned fiat money in crypto should look towards Crypto staking instead of mining. Crypto staking can also be understood as a form of passive income where the investor does not have to do much and the invested capital generates a steady flow of income. Needless to say, the future of transactions is in blockchain technology simply because of its capacity to solve real-world problems related to money and finance.

IS IT THE RIGHT TIME TO SWITCH TO CRYPTOCURRENCY?