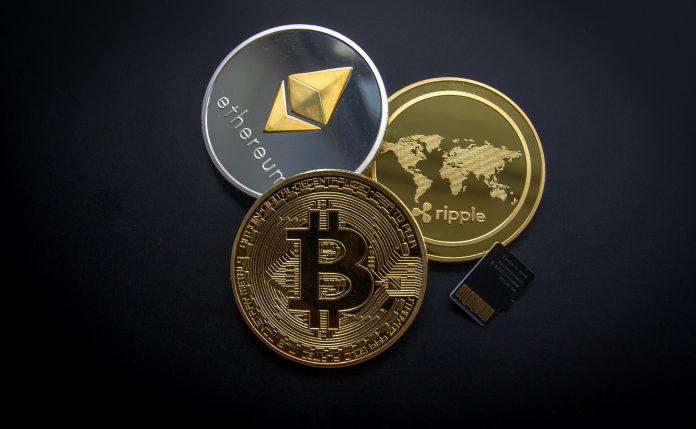 Recently, Shiba Inu coin have plummeted due to the cryptocurrency market crash. However, the crash could be an opportunity for them to bounce back from their recent losses and regain some of their value.

Shiba Inu is a cryptocurrency that has been gaining popularity in recent months., not only due to its unique name. Crypto tokens are named after various things, but there is one that stands out: Shiba Inu. It is a breed of dog. Interestingly, its likeness has turned out to be the basis of the creation of Dogecoin. Ever since it came, it has become popular with meme lovers.

It’s the 31st largest cryptocurrency by market capitalization, and it costs only $0.000007 (at the time of writing) per token! This makes Shiba attractive for new investors looking to diversify their portfolio with cryptocurrencies or invest small amounts of money into something they believe will go up substantially over time.

Popularity is no indicator of what to invest in. Experts recommend doing a lot more research before investing in the cryptocurrency market; otherwise, you could end up losing all your money with nothing to show for it. Here’s what investors should understand before buying Shiba Inu coin:

Shiba Inu is a cryptocurrency that exists independently of any centralized institution. The coin’s mysterious founder, known as “Ryoshi,” says the project is an experiment in decentralized spontaneous community building.

While there are no limits to how many Dogecoin units can be created and traded on exchanges, Shiba Inu has caps for its maximum number of coins. Albeit lofty ones at one quadrillion total supply per unit – which means they will never reach their cap unless investors continue buying them up with enthusiasm through social media platforms like Twitter.

Both cryptocurrencies share more similarities than differences: both have been gaining value over time among those who believe in investing in meme-based currencies as a way to diversify portfolio holdings or make quick profits.

5 Bullish Reasons to Ride with The Shiba Inu Coin

After launching the new SHIB token, it quickly became one of the most popular crypto tokens on exchanges. Ever since, it has surpassed $3.7 billion in market capitalization as of writing due to its potential for growth in value given that many have already hailed this DOGE killer with high expectations for what may lie ahead.”

The creators created a decentralized community-building experiment modeled after Dogecoin (the Shiba Inu meme), which is expected to explode by 2021. Some analysts expect great things from such an original idea.

In 2020, a group of developers began developing the Shiba Inu coin to capitalize on one of the most popular memes. The meme cryptocurrency is now trading at $0.000010 and has been seeing its price grow exponentially since it was first launched into the market back in August 2020. As for how much growth SHIB has had just this year alone? Almost 2000%!

The digital asset SHIB has seen a slight pullback over the past few days. Still, its increasing interest from Chinese investors and limited supply will likely drive it to explode tremendously soon.

The Shiba Inu is a joke cryptocurrency that also has some real potential. The token is turning out to be a viable alternative to Doge without crossing 1 cent. It is hosted on Ethereum – an efficient ERC-20 token and well-established decentralized currency in the market due to its development by developers who have hilariously named their white paper ‘the Woof Paper’.

The coin’s growth has been fueled by many holders on social media like Twitter and Reddit. They vigorously promote the coin on these channels, which have led to it being listed in famous crypto exchanges such as Binance, Huobi, FTX, and some have coming soon (Coinbase, Etoro). This also leads to even more interest from people worldwide who are eager for SHIB Token listings!

The Shiba Inu ecosystem aims to be the best decentralized ecosystem enriched by its own DeX. There are three significant tokens in this system: SHIB, LEASH, and BONE. All these coins have different supply limits and circulation rates – so it’s up to every user to decide which one suits their needs better!

The SHIB coin has a maximum supply of 1 quadrillion, with 394.796 trillion circulating at the moment. In contrast, BONE’s is limited to 250 million that can ever exist, though only 100 thousand are currently available on exchanges right now.

ShibaSwap will launch in the coming weeks, a safe place for trading cryptocurrencies while keeping the system decentralized. ShibaSwap is a part of the Shiba Inu ecosystem. It has three tokens that operate through an exchange within this environment to create safety in cryptocurrency trades by emphasizing loyalties with holders of these tokens.

When the Shiba Inu token developers locked up half its supply in a new exchange called Uniswap, they gifted 50% to Ethereum creator Vitalik Buterin. This left many investors skeptical and fearful for their future with this cryptocurrency market. However, shortly after being minted one quadrillion tokens strong with only 500 billion remaining on the open market that is now worth $6 BILLION (dollars)

Developers took an unforeseen and unexpected decision when they locked up 50% of SHIB token’s coin supply in Uniswap, gifting Vitalikk Buterin 50%. The company went from having 600B total coins available to only 300B still floating around out there. Fortunately, it did not.

Vitalik Buterin has taken a step to put his coins away from the public eye. But, unfortunately, with this removal of large sums, we predict that prices will rise sharply for those who remain on hand!

This strategic move by Vitalik is expected to drive SHIB’s price skyward through what many anticipate is increased consumer demand and an expansion to meet these demands.

Shiba Inu is a new cryptocurrency launched in 2017 and has already begun to grow an enthusiastic following. Thanks to its solid team of developers with a strong community support system behind it, Shiba Inu has everything needed for success. Similarities between the coin’s name and Dogecoin emerged from both coins being based on memes featuring Japanese Shibas. However, according to these devs, this currency will be more improved than its predecessor. The good thing about this is that it has fewer mining glitches, leading people to lose their money.

Shiba-Inus are pint-sized dogs making them one of Japan’s most popular breeds! This small stature results not only in full-size living quarters but also makes training easier – no need for tall

The DOGE killer may be the coin that accelerates more decentralization in this community. A reduction of Shiba Coin’s supply and a solid growing community are poised to explode the prices even if it hits 1 cent by the end of 2021. However, it may not remain there as many trading opportunists may sell-off for gains. In the crypto market, not many are ‘hodlers‘ but people looking to make money.

SHIB’s rally has made it a favorite for cryptocurrency investors, with predictions pointing to an explosion in 2021. The Shiba Inu coin is bringing new opportunities and hopes to those struggling economically–particularly the Millennials of Generation Y.

Disclaimer: The Web Tribune is an independent content provider and not a financial advisor. Our goal is to provide you with the information, news coverage, commentary, analysis opinions, and advice that can help guide your investment decisions but it should never be relied on as any kind of guarantee or promise about returns. The site will do its best to ensure quality in our articles by conducting due diligence research before publishing them; however, we are not liable for anything less than 100% accuracy or usefulness if something gets published without appropriate vetting first because mistakes happen sometimes which affect everyone’s investments (including ours).