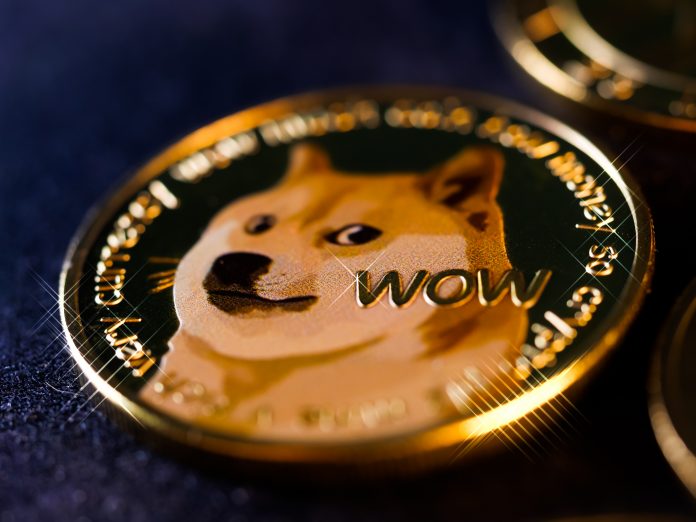 “Dogecoin is no joke.”

The Shiba Inu-head logoed crypto token, predicted by many pundits as a joke digital coin with no real path to gaining stable value, has taken an odd and unpredictable journey over recent months of frenetic surges in price followed by dizzying plunges. However, the meme-based digital currency’s slow acquisition of market exchange utility may be its saving grace.

For the past seven years, Dogecoin has remained at fractions of a cent—until now. In 2021, in just one day alone (Jan 29th), its price rose by 500%. The cryptocurrency market is growing rapidly, and investors are looking for alternative options to Bitcoin; this may be what they’re finding with Dogecoin.

The cryptocurrency Dogecoin rose recently because of a group of crypto enthusiasts on Reddit who wanted to repeat what the WallStreetBets subreddit did with GameStop stocks. The stock traders caused a short squeeze in which some small investors made money by pumping up the value, forcing institutional shorts to push it even higher as they covered and closed their losing positions.

Redditors were not happy with the way GameStop responded to their concerns and decided they needed a more robust form of protest. They bought stocks in the company and refused to sell for an entire year just so that investors would know how serious they are about this issue.

Elon Musk’s tweets played a part in the rise of Dogecoin, as well as its proponents calling it “the people’s crypto” or even just “doge.” It sparked the rapid growth of r/DogeCoin, which reached 1.9 million members.

There is a clear divide in the crypto market. On one side, some believe that cryptocurrency will continue to grow and eventually replace traditional currency as we know it; on the other hand, investors with strong views about how high-risk investments like cryptocurrencies could be damaging for long-term returns when compared to more stable stocks.

Cryptocurrency has been the subject of intense debate from both sides of the argument around its real value. Significant, unpredictable price movements mean many may opt-out until they see stability or growth return once again.

Here are some potential signs of this shift from Dogecoin as a ‘low-value meme’ to a potential medium of exchange:

Cryptocurrencies have had a tough time lately, and Dogecoin is not immune to the pain. In recent weeks, its value has fluctuated around $0.30 to $0.40 despite trading volume dropping considerably along with an average trade size of just 10 DOGE (about 1/12th of a penny). The price stability may be due in part because it’s less vulnerable than other cryptocurrencies are during this downturn in prices, or perhaps traders think that at current levels, there will still be some chance for future gains as we head into 2019?

One of the major factors that have contributed to Dogecoin’s recent spike in value is China. After banning cryptocurrency mining, many miners shifted their operations from Chinese soil and other countries with more friendly regulations, leading to an increase in demand for this formerly unheard-of currency.

China’s ban on Bitcoin Mining has helped drive up prices as they send some 65% back across the globe looking for a new place where it can be mined legally without fear of repercussion.

A large number of cryptocurrency enthusiasts are young adults who take the environment very seriously. Not only does Dogecoin use much less electricity to mine, but it also has a charitable element that could drive its popularity further among this demographic.

With over 129 billion coins already in circulation, the number of Dogecoin that can be mined per year is capped at 5.26 billion tokens. It ensures Dogecoin’s inflation rate will decline steadily while still providing an incentive to continue mining it for years to come!

While most coins are inflationary, it gives Dogecoin more of a stable value than national currencies. Dogecoin’s 4% increase in the next five years may not seem very much, but it could be deflationary if those losses exceed mining which currently provides the coin with an ever-shrinking amount of new currency to enter circulation

Dogecoin has become a medium for transactions between various businesses and entities. It is now accepted by larger companies like the NBA’s Dallas Mavericks, who also use BitPay to process their payments.

Cuban is an early adopter of cryptocurrency and has been accepting Bitcoin since 2014. He recognizes the potential for crypto to expand a business’s opportunity into international markets where credit cards are not feasible while reducing high fees and increasing transparency in payments.

Now with JM Bullion, cryptocurrency enthusiasts can buy precious metals. The 3% discount is a great incentive, and the addition of Dogecoin makes paying simple as pie!

Elon Musk, the founder of Tesla and SpaceX known for being a “DogeFather,” has been endorsing cryptocurrency. Before 2018, he accepted Bitcoin as payment on his website but then stopped doing so because it was too hard to manage with solar panel production in 2019. However, now Elon thinks that if people are willing to go green by mining Dogecoin instead of coal or natural gas, he’ll change his mind about accepting bitcoin once again! Rumors have also continued swirling that Mr. Musk might start taking payments from DOGEcoins since they’re environmentally friendly while other cryptocurrencies like Ethereum aren’t sustainable enough yet due to their need for high energy consumption levels which can be harmful to climate changes and global warming concerns among many others things

The Coin for Diamond Hands

What started off as an internet meme has taken on a life of its own, creating and owning the market for “altcoin” coins. Over time, Dogecoin has developed into more than just a joke coin but now enjoys very low energy costs and is being accepted by smaller companies and bigger corporations such as Target or Amazon to purchase items online. The future looks bright for this type of cryptocurrency. With Bitcoin having already made it mainstream in many circles, some are still not aware. This may attract new investors at higher risk levels because there’s nothing guaranteed about them compared to traditional stocks, even if their price stability seems promising overall.

Note: “Paper hands” are those who have not invested in cryptocurrency before, and “Diamond Hands” is someone that has been investing for a while. Those with paper hands may want to get out of Dogecoin if they do not like the volatility or risk involved with it, but diamond hands will invest through dips without hesitation because they know there is potential growth over time.

Is Deflationary Cryptocurrency the Future?

El Salvador: The First Country To Accept Bitcoin. What does it...