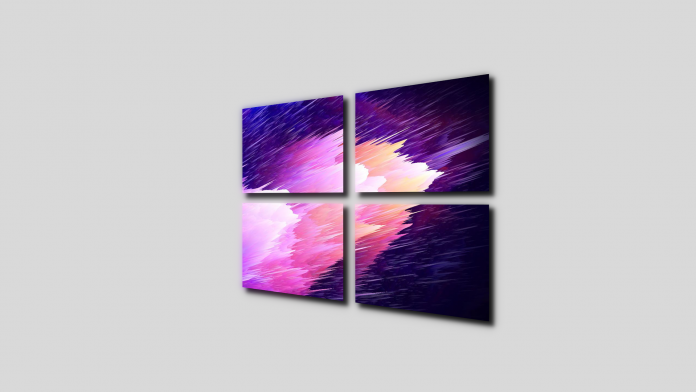 So leaks were right, and Windows 10 was not a final entry in Microsoft Windows after all. In 2015, Microsoft called off Windows to be the forever version of the operating system from the company. Despite the continuous updates and new features, many people were shocked to put Windows as a service in the future. Meanwhile, on June 24, Microsoft unveiled Windows 11 as the latest entry in their operating system lineup. Not just that but, this Windows 11 update is available for a preview version globally. On the other side, Windows 11 reveal event also showcased neat features coming to the new operating system.

The all-new Windows 11 comes with a redesigned user interface that puts the users in the center. According to Panos Panay, the new design involves psychological aspects to increase the user experience and improve multitasking. It brings Mac vibes to the interface with the essential icons in the center. Surprisingly, the Start button is also centered with a cleaner and transparent look. Although, it seems similar to the recent Windows 10X update. However, with all the new features and multitasking, Microsoft had bigger plans after the update release. Above all, Windows fans were surprised to hear that Microsoft Windows 11 update will also bring Android updates. Try Continuity Software Storage Guard, an affordable storage solution that protects your data! But what exactly are the benefits of these sideloading apps? Let’s discuss this android app store and many more features for Windows 11 in detail.

Contents hide
Run Android Apps on Windows 11
What Is New With Windows 11 Start Menu?
What Are the System Requirements for the Windows 11?
Release Date
Windows 11 Updates
Final Words

As per the latest reveal details, now users will be able to install Android updates available on the Amazon App store coming on Windows 11. However, that is not it. Microsoft has also confirmed that users will be able to sideload the .apk files to run Android applications natively. On the other side, it is also raising questions over how exactly this will work—since in the previous operating system, running the Android apps required Linux support. This means gone are the days of the storage shortages in the phones. Now you can easily install all kinds of Android applications directly from the Amazon store and pin them on the taskbar and start panel.

The fizzled importance of the Amazon Store will also boost with the addition of the Android applications. But the actual plan of Microsoft is to ease the creators and developers. According to Microsoft’s CEO Satya Nadella, Windows is not only an operating system, and it is a platform for other platforms creators. That is a direct hint towards the addition of android applications that are coming to Windows 11. They are going to use Intel Bridge Technology to bring the same smartphone experience to your Windows 11 device. However, that needs to be looked at with time. That is, on how they will work and where does it take in the future.

What Is New With Windows 11 Start Menu?

As said earlier, Windows 11 Start menu is redesigned for a more seamless, brighter, and cleaner experience to find the apps that you need. With every Microsoft operating system release, the Start menu has always been the center of discussion. The new start menu is centered along with other taskbar icons. Microsoft event kept insisting on putting you(as users) in the center, thus giving more accessibility to the Start icon. Moreover, if you remember the Live tiles introduced in Windows 8, they are officially gone for good in Windows 11. According to Microsoft, they have been exploring different options. But now, with the new interface, live tiles will not come with the Windows 11 update.

What Are the System Requirements for the Windows 11?

Microsoft has also released the system requirements for Windows 11. Unlike previous Windows, Microsoft has set pretty strict requirements for Windows 11. Users will be able to install Windows 11 on systems with processors from 2016 and onwards. Moreover, another major requirement that has taken the internet by storm is the TPM(Trusted Platform. Module) support. If you are considering installing it on the Intel CPUs, it will only support 8th generation processors.

Windows 11 is available as a free update to all Windows 10 users. Meanwhile, there was no specific release date announced in the unveiling event. However, some internet audiences managed to track down the release date on the Windows 11 showcase to be October 2021. This data comes from the live presentation of the Windows 11 demo, with the date set to October 20th on the taskbar. On the other side, another marketing image shows the date around October 6th. So it must be taken with a grain of salt and wait for the official announcement of the Windows 11 release date.

Another news that has caught the audience’s attention is the Windows 11 updates. Microsoft has announced the roadmap plans for the updates. According to them, they will release one major feature update every year. The previous Windows 10 planned to release two significant features, which did not quite work out. The reason behind this was that they ended up fixing bugs with each release.

Meanwhile, Windows 11 updates plans give them a good outlook to prioritize the bug fixes rather than continuous update cycles. With Microsoft rolling out the upgrades for all Windows 10 users, it is thought that they might have plans to release another major feature this fall. However, we will have to wait and see what exactly does Microsoft plans with the updates roadmap.

Windows 11 is packed with many features that were not part of the original release for Windows 10. Be it the AI-powered feeds or the touch screens gestures for the Microsoft Surface and other devices, no wonder all eyes are on Windows 11. If you are also planning to transition into Windows 11, there are pretty simple steps. Head to the Settings and find the Update & Security, select and head to the Windows Update. If the new update is available, then you might be able to download and install it.

Argentinian Employees May Get Paid in Crypto To Combat Inflation