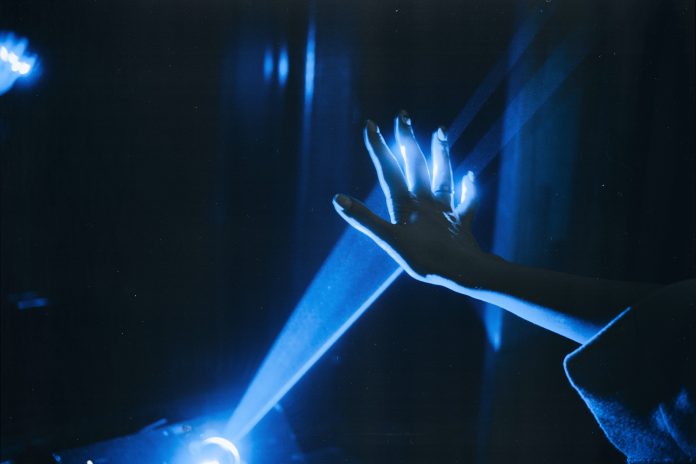 Contents hide
What Is An Infrared Laser?
How It Works
The Applications of IR Laser
How are IR Lasers Making An Impact Today
The Types of IR Laser
Final Words

What Is An Infrared Laser?

An infrared laser is a kind of laser that uses infrared light to transmit data. It is a handy device used mainly in optical communication, electronic communications, and medical applications. It is also used in the military industry. Lasers work on the principle that light emitted from a laser has one wavelength, whereby it can be seen as a ray of light. Hence having different colors according to its wavelength; red, blue, or even green depending on its wavelength.

An infrared laser is much more expensive than a regular, visible light laser. They are used for tasks that may require precision to ensure accuracy, such as engraving or cutting delicate materials. Therefore, the worth.

Infrared lasers are a type of laser that uses wavelengths invisible to the naked human eye. These wavelengths fall into near-infrared or thermal infrared regions and can be divided up even further. Specifically speaking about the applications, near-infrared lasers are used in dermatology and tattoo removal because they don’t destroy the ink while absorbing it. The process is called ‘Photothermal interaction.’ Thermal infrared lasers fall under another category altogether – industrial processes that use high-energy beams of light instead of heat to cut materials or inspect objects for flaws with incredible precision.

To understand how this all works, we have first to understand what makes an ordinary laser work. The vast majority of everyday uses for lasers around us today depend on their unique electronic properties as well as a series of mirrors and lenses to focus the light. IR lasers are no different – they just rely on different materials in their construction, which change the wavelength into one that human eyes can’t see. The effect is still the same: when you shoot a laser beam at some material, all that happens is that the beam heats it up until it glows with its characteristic color. It’s exactly like when you use a magnifying glass to burn ants or leaves. Here you’re not really burning anything, but rather heating water molecules in their vicinity up until they give off light (vibrations) in a particular way. This glow then appears bright because there’s an immense amount of energy concentrated into a single point – imagine trying to focus

The Applications of IR Laser

In medical applications, lasers are used for cutting surgery procedures, commonly known as dermatology. Lasers can also be used in cosmetic surgery to eliminate unwanted scars or wrinkles on the skin. The use of lasers reduces recovery time and pain associated with these surgeries. Many industries have adopted laser technology. Few examples include the printing and publishing sector, where they are used for high-quality printouts of different documents such as books or magazines.

How are IR Lasers Making An Impact Today

Today, infrared lasers are changing the world in many ways. They’re used for medical applications such as precision surgery and dermatology and cosmetic treatments such as tattoo removal and hair reduction (laser comb). These implements are also widespread in industrial processes thanks to their precise nature – they can inspect products for flaws or cut materials with incredible reliability without causing any abrasion. Finally, before we forget about entertainment entirely because of mobile apps, it’s worth mentioning that lasers have made significant strides recently – from compact disc players to super-bright screenings at your local movie theater itself.

Infrared lasers are generally used to cut, drill or produce high-quality surfaces. However, Infrared lasers can also be used as a tool for measuring distance. This is based on the principle of time-of-flight: an infrared laser beam is emitted from a device called “timing event generator” and then bounced off an object. The timing event generator records the flight time of the beam until it hits the surface and then calculates the distance between where it was emitted and received accordingly.

The Types of IR Laser

Several lasers can produce IR beams, with the most common ones based on diode-pumped solid-state lasers.

In addition, there are amplification mode-locked lasers that are explicitly designed for producing IR emissions. There are also Raman laser systems that use coherent light to generate a beam of IR radiation. IR lasers are point devices, so they do not require the large optics required by laser systems in other wavelength ranges.

IR lasers are very common in today’s world, but their future is not clear. The U.S Military and NASA have been using IR lasers for decades as a means of communication and to track objects in space. These days, however, the military industry has shifted its focus on green laser technology because it offers advantages over other wavelengths such as infrared (IR) or blue light-emitting diodes (LED). One disadvantage to IR lasers is that the naked eye cannot see them; therefore, they would need some visual aid like an optical receiver mounted on a telescope or binoculars with an IR filter. This could make them difficult to use outdoors where there may be limited visibility due to clouds, fog, smoke, etc.,